Whatever goes up, that’s what we do

A year ago, Facebook announced a new News Feed that was completely redesigned to focus on content–it had large photos, big user icons, better integration with Facebook messenger, and it brought Facebook’s website into closer alignment with its mobile apps. It was beautiful. During the few months I was able to use the new design, my Facebook experience was significantly better. Here’s what it looked like: 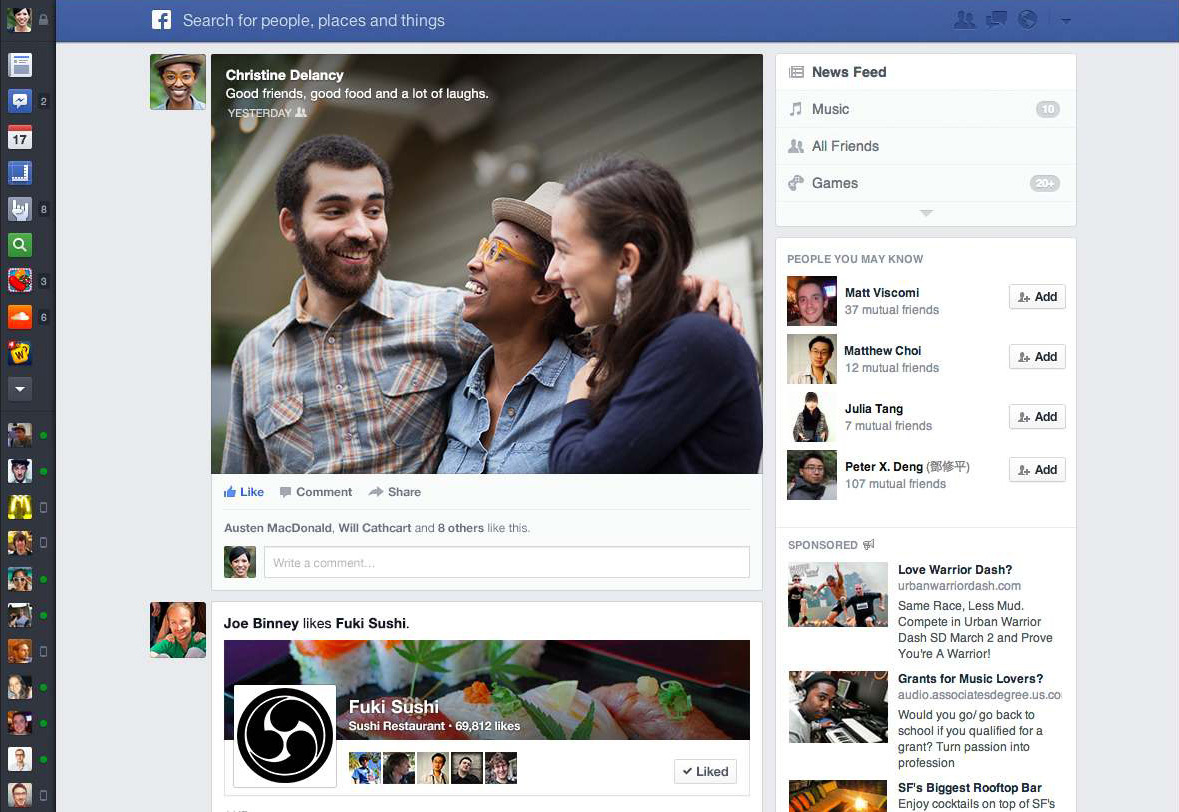 But there was a serious problem: the numbers. According to several people I’ve spoken to, Facebook found during testing that users who were switched to the new News Feed tended to spend less time on the site. Specifically, they spent less time browsing areas outside of the News Feed, like their friends’ profiles and event pages, which are currently some of the most visited parts of Facebook.

After an investigation into the problem by Facebook’s data team, they discovered that the new News Feed was performing too well. It was performing so well from a design standpoint that users no longer felt the need to browse areas outside of the News Feed as often, so they were spending less time on the site. Unfortunately, this change in user behavior led to fewer advertisement impressions, which led, ultimately, to less revenue.

This is truly a nightmare scenario for any CEO: do you take the risk and proceed with the better user experience/product at the expense of short term numbers–with no promise that the better design will actually lead to long-term benefits–or do you scrap the new design and start over? The answer to this question is where company culture and identity dramatically peek through the curtain and express themselves in very raw form. Because it is impossible to answer this question rationally–both sides can be argued very successfully–it has to be answered from a cultural point of view.

Based on the News Feed design Facebook eventually shipped, which is being rolled out right now, it’s obvious which answer Facebook chose: 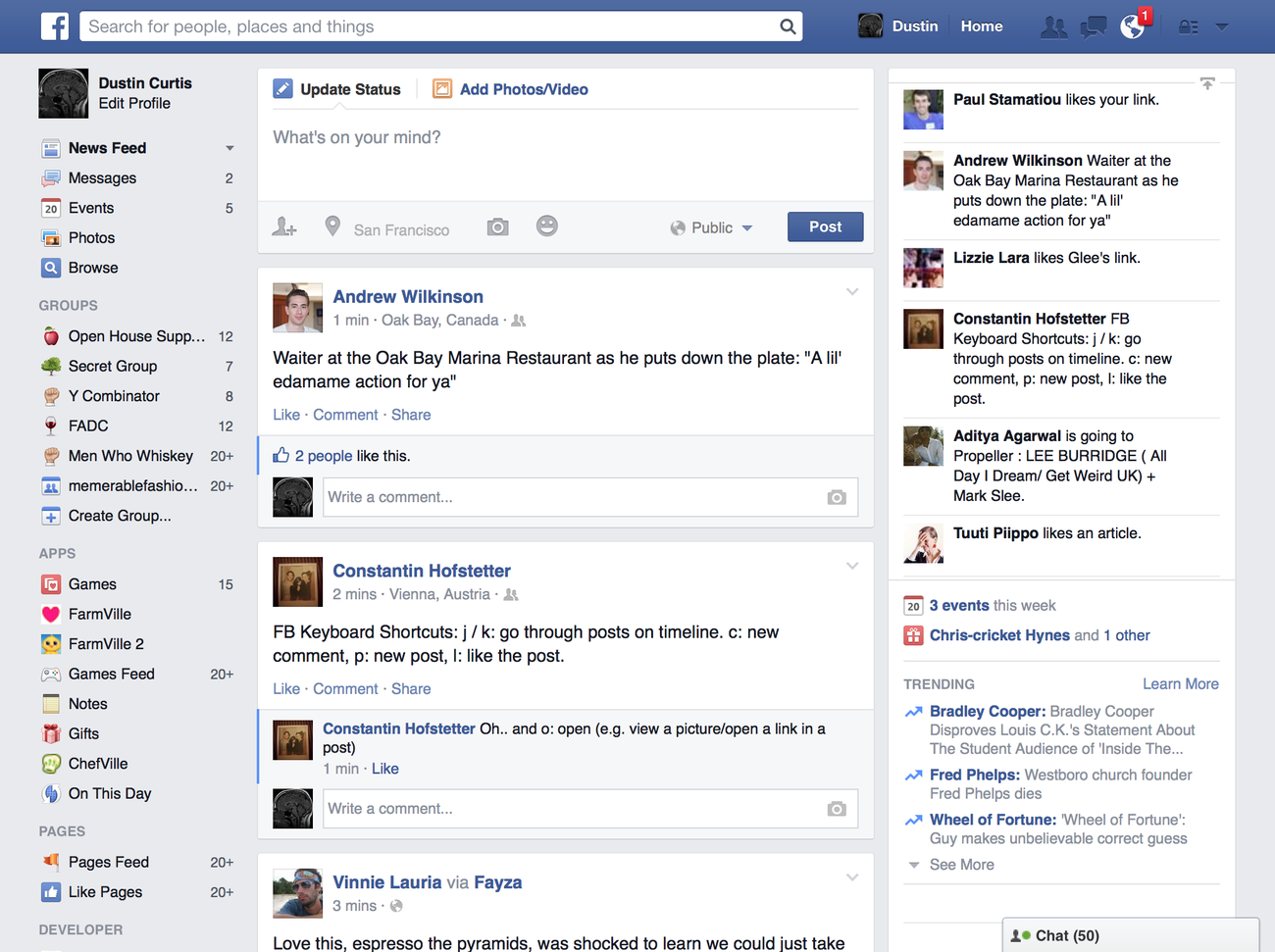 When I first saw the reverted News Feed, I remembered a quote I wrote down several months ago after overhearing a supposed Facebook employee complaining in a San Francisco coffee shop:

We’re blind. It doesn’t matter what any individual person thinks about something new. Everything must be tested. It’s feature echolocation: we throw out an idea, and when the data comes back we look at the numbers. Whatever goes up, that’s what we do. We are slaves to the numbers. We don’t operate around innovation. We only optimize. We do what goes up.

Startup advice and the clarity of experience

Recently, I watched a few experienced people get up in front of an audience and talk about lessons they’ve learned building companies, investing in companies, buying companies, selling companies, and making products. About five years... Continue →